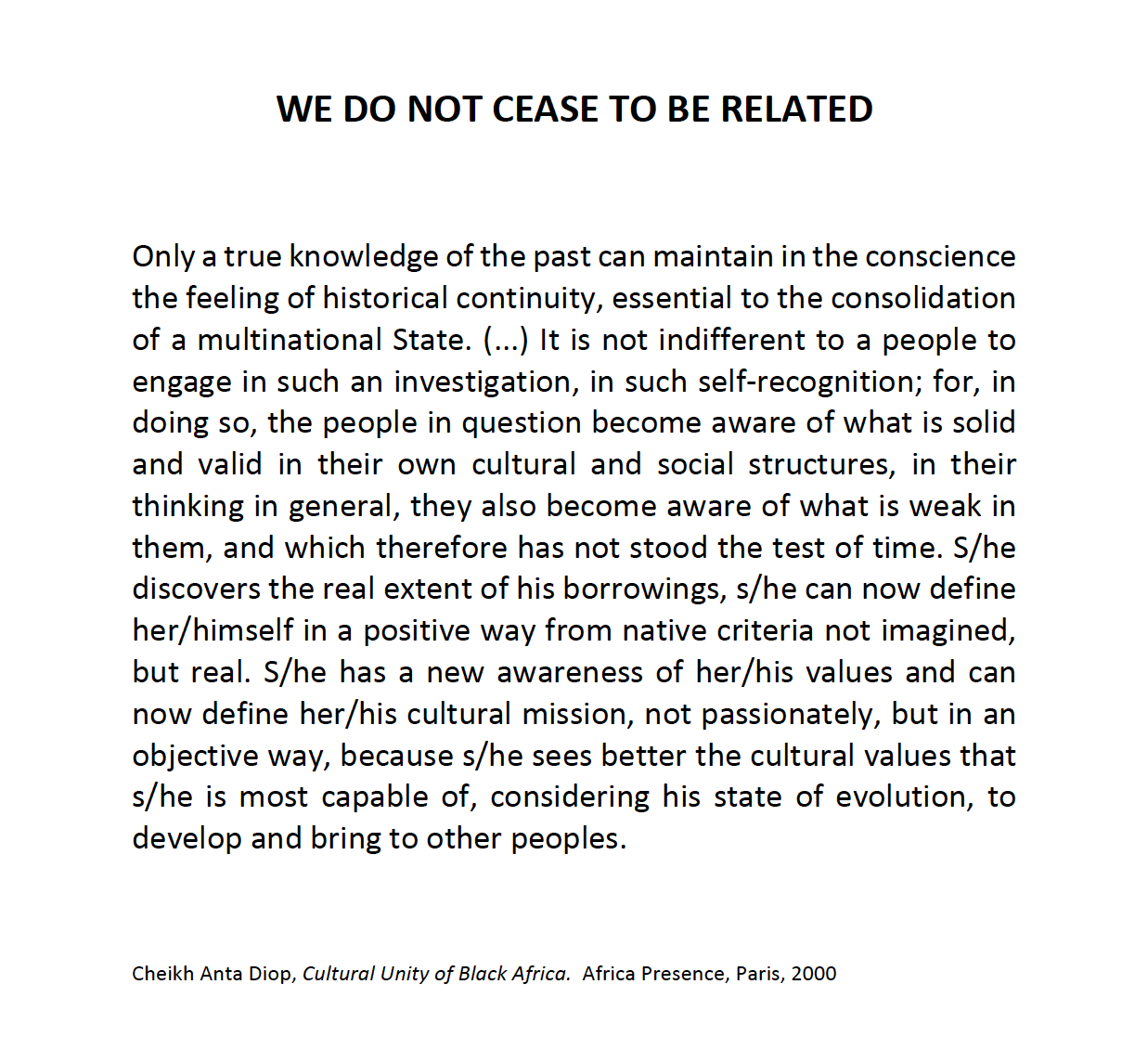 WE DO NOT CEASE TO BE RELATED

Only a true knowledge of the past can maintain in the conscience the feeling of historical continuity, essential to the consolidation of a multinational State. (…) It is not indifferent to a people to engage in such an investigation, in such self-recognition; for, in doing so, the people in question become aware of what is solid and valid in their own cultural and social structures, in their thinking in general, they also become aware of what is weak in them, and which therefore has not stood the test of time. S/he discovers the real extent of his borrowings, s/he can now define her/himself in a positive way from native criteria not imagined, but real. S/he has a new awareness of her/his values ​​and can now define her/his cultural mission, not passionately, but in an objective way, because s/he sees better the cultural values ​​that s/he is most capable of, considering his state of evolution, to develop and bring to other peoples.