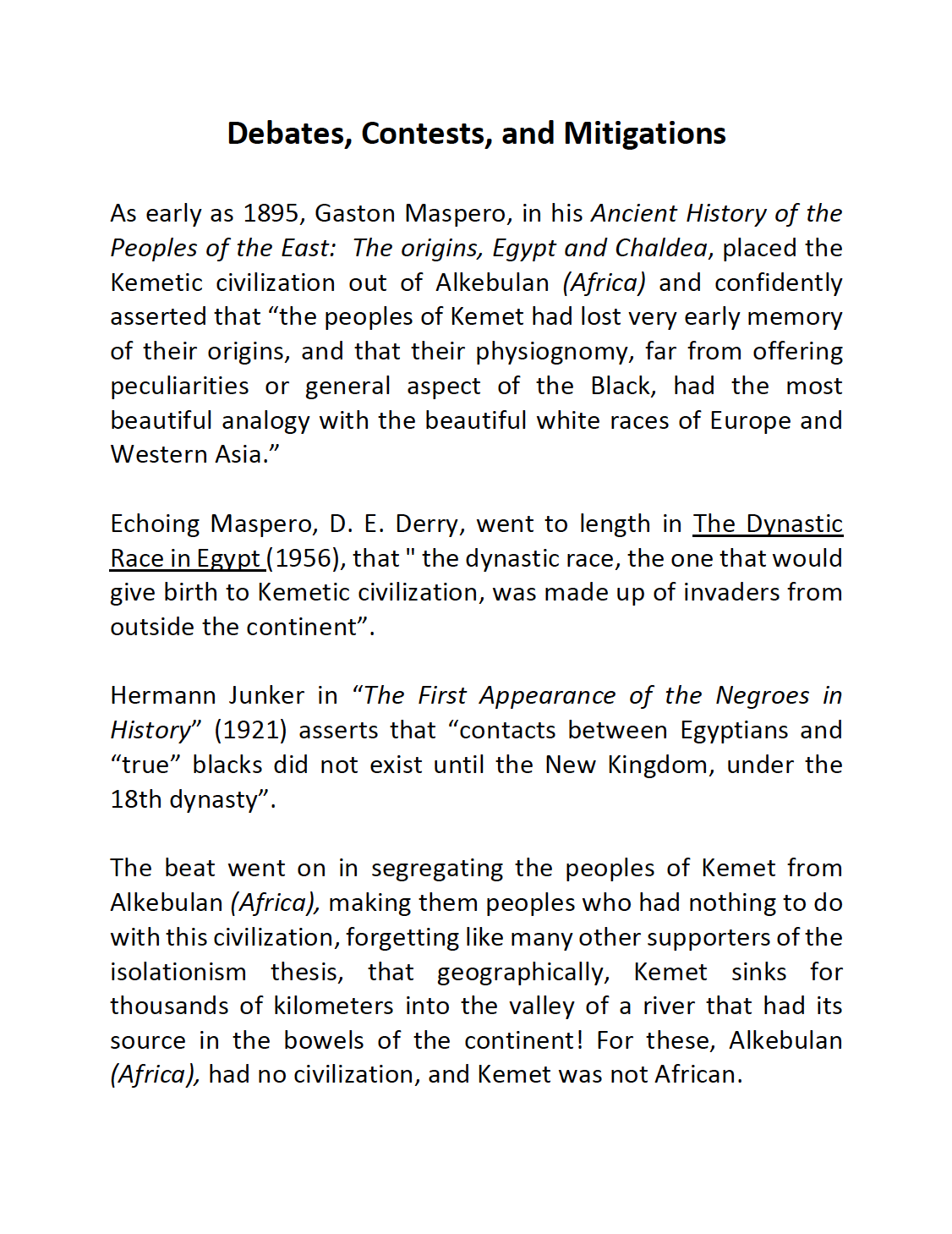 As early as 1895, Gaston Maspero, in his Ancient History of the Peoples of the East:  The origins, Egypt and Chaldea, placed the Kemetic civilization out of Alkebulan (Africa) and confidently asserted that “the peoples of Kemet had lost very early memory of their origins, and that their physiognomy, far from offering peculiarities or general aspect of the Black, had the most beautiful analogy with the beautiful white races of Europe and Western Asia.”

Echoing Maspero, D. E. Derry, went to length in The Dynastic Race in Egypt (1956), that ” the dynastic race, the one that would give birth to Kemetic civilization, was made up of invaders from outside the continent”.

Hermann Junker in “The First Appearance of the Negroes in History” (1921) asserts that “contacts between Egyptians and “true” blacks did not exist until the New Kingdom, under the 18th dynasty”.

The beat went on in segregating the peoples of Kemet from Alkebulan (Africa), making them peoples who had nothing to do with this civilization, forgetting like many other supporters of the isolationism thesis, that geographically, Kemet sinks for thousands of kilometers into the valley of a river that had its source in the bowels of the continent! For these, Alkebulan (Africa), had no civilization, and Kemet was not African.