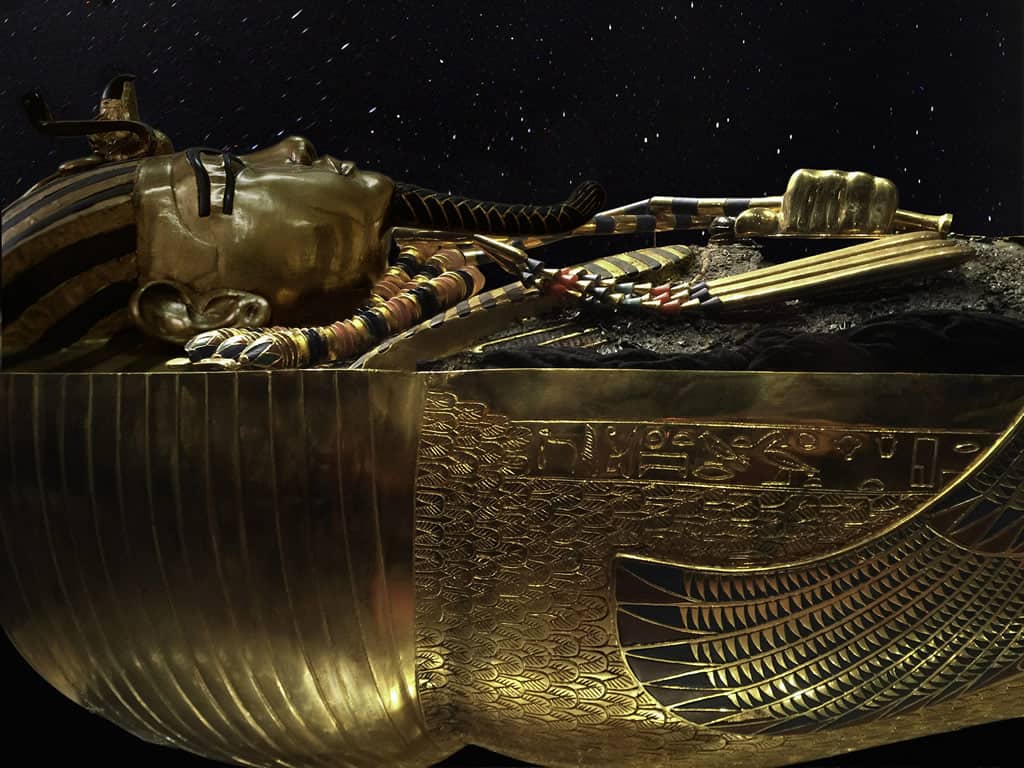 Tutankhamun’s sarcophagus .Tutankhamun was only nine years old when he became king of Egypt during the 18th dynasty of the New Kingdom (c. 1332–1323 B.C.E.).Tutankhamun’s sarcophagus (a box-like stone container) held not one but three coffins in which to hold the body of the king. The outer two coffins were crafted in wood and covered in gold along with many semiprecious stones, such as lapis lazuli and turquoise.