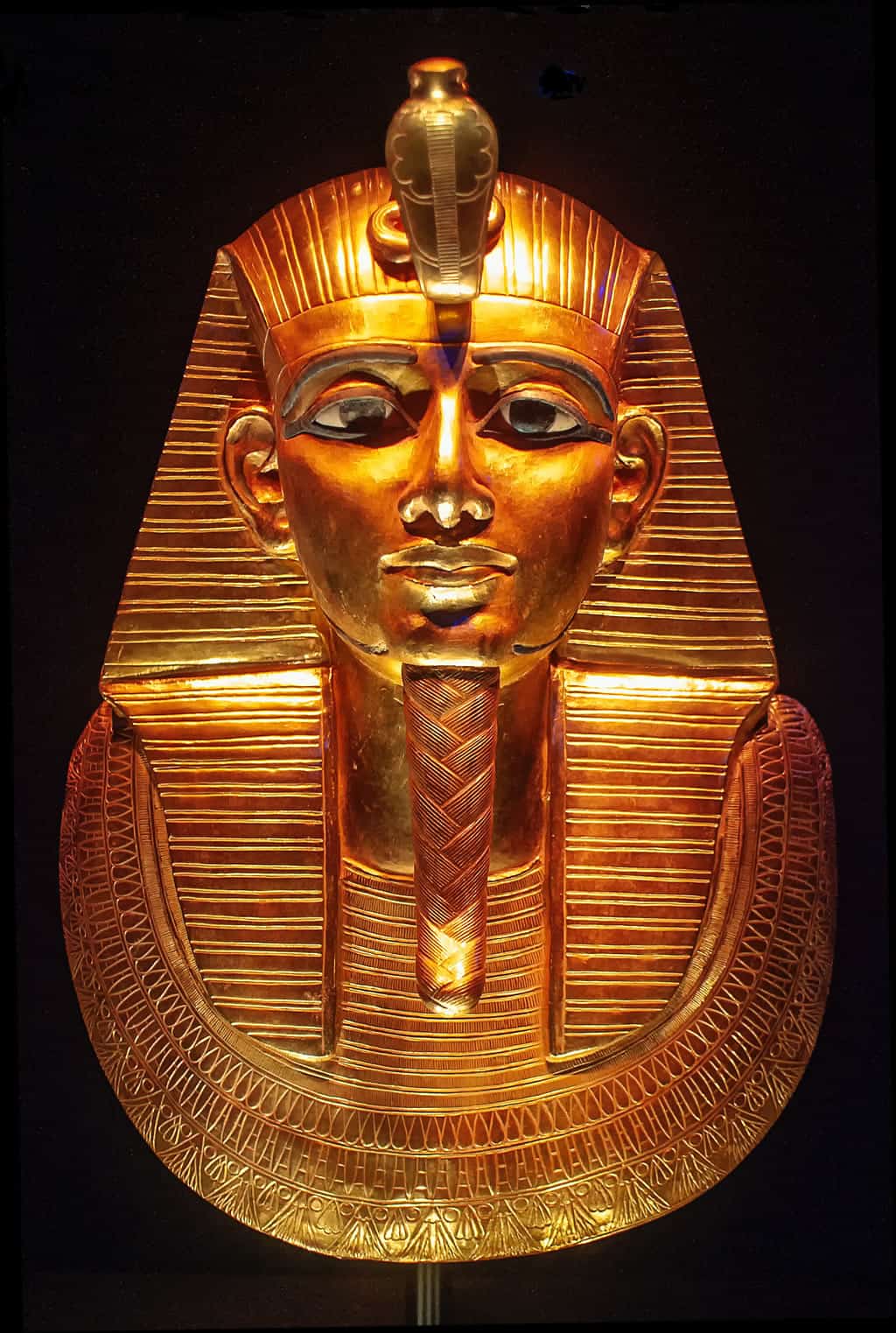 Death Mask from the innermost coffin, Tutankhamun’s tomb, New Kingdom, 18th Dynasty, c. 1323 B.C.E. The death mask (above) is considered one of the masterpieces of Egyptian art. It originally rested directly on the shoulders of the mummy inside the innermost gold coffin. It is constructed of two sheets of gold that were hammered together and weighs 22.5 pounds (10.23 kg). Tutankhamen is depicted wearing the striped Nemes headdress (the striped head-cloth typically worn by pharaohs in ancient Egypt) with the goddesses Nekhbet and Wadjet depicted again protecting his brow.