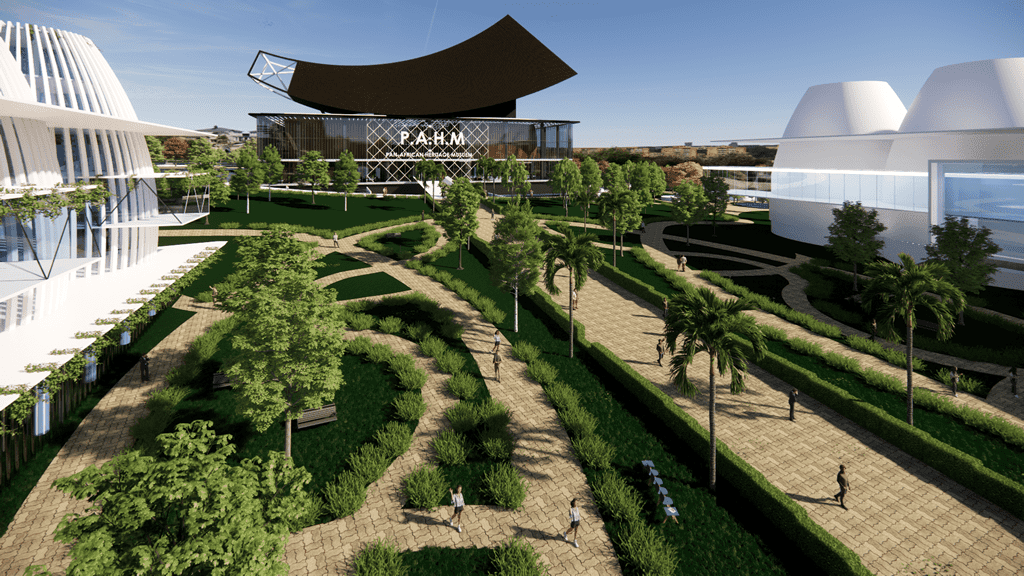 The Pan African Heritage World Museum Foundation has named three more Patrons ahead of the launch of its digital museum on May 5. The new members are the former President of Botswana, His Excellency Seretse Khama Ian Khama, His Royal Majesty Otumfuo Osei Tutu 11, Asantehene, and Dr. Mohamed Ibn Chambas, former UN Secretary General’s Representative in West Africa and SAHEL. The three join the Council of Patrons of the Museum which includes the President of the Republic of Ghana, His Excellency Nana Akufo-Addo, His Royal Majesty Oba Adeyeye Enitan Ojaja II, Ooni of Ife, Nigeria, His Royal Majesty Kimera Muwenda Mutebi II, the Kabaka of Buganda in Uganda, Sir Dr. Sam Jonah of Ghana, and Dr. Mamphela Ramphele of South Africa.

The Pan African Heritage Museum, the first of its kind going digital ahead of the physical construction in Ghana, is showcasing the history, arts, and culture of Africa from Ancient Egypt to the present contemporary Pan Africa. The May 5 event is in collaboration with UNESCO which has declared the day African World Heritage Day to give opportunity for people of the world, and particularly of Africa, to celebrate the continent’s unique cultural and natural heritage.

The Pan African Heritage World Museum foundation, which is building the Pan African Heritage Museum, is an international, not-for-profit, non-political, non-governmental organization, registered in Ghana, with branches around the world, to create the environment to preserve and curate the unique history, arts, culture and indigenous knowledge of Africans and people of African descent. “I am excited that eminent personalities in Africa and the African Diaspora are moved to provide support and more impetus to a vision which is a legacy to the youth of the world”, says Kojo Yankah, Founder and Executive Chairman of the project, adding: “We will announce more patrons in August this year”.

Released by the Communication Department of PAHM (www.pahmuseum.org)