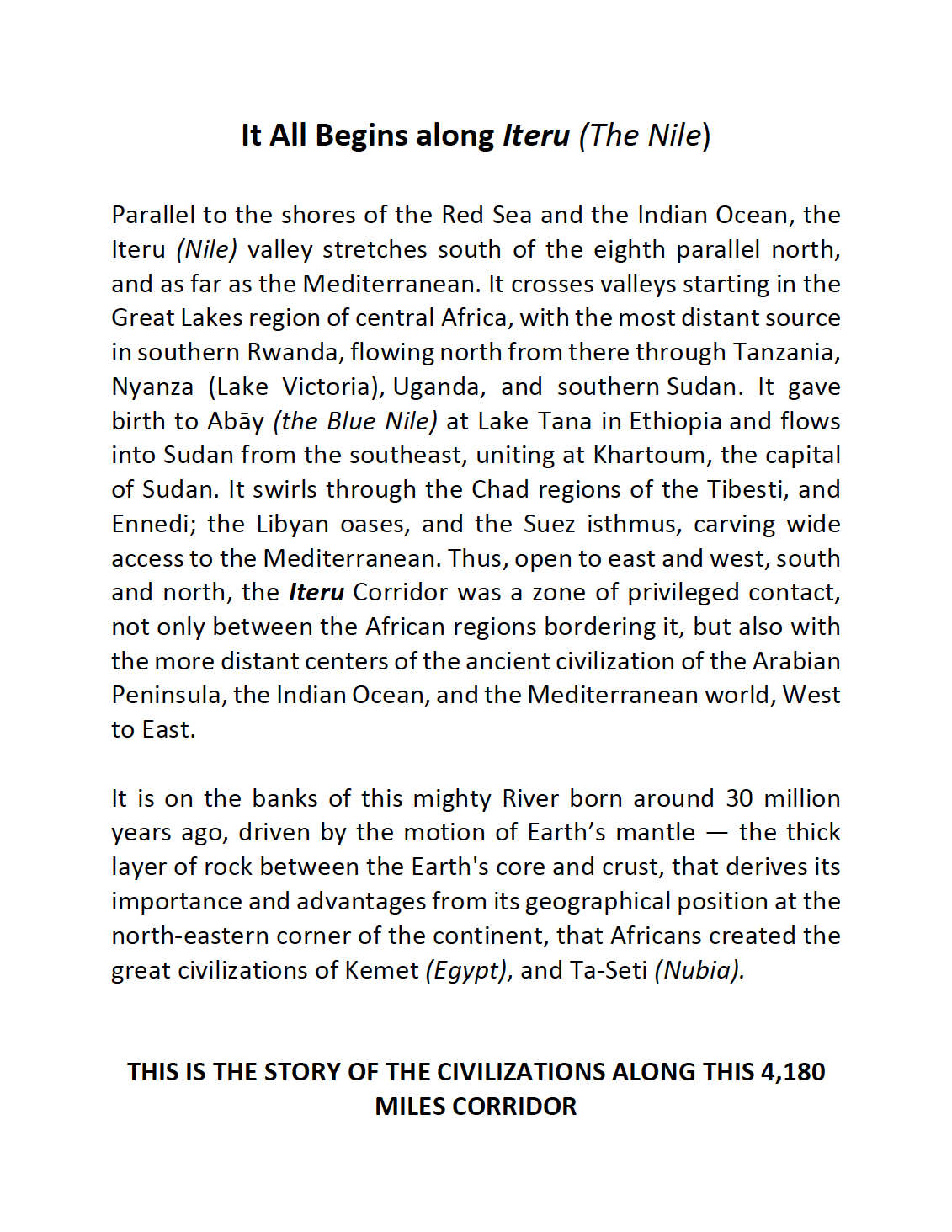 It All Begins Along Iteru (The Nile)

Parallel to the shores of the Red Sea and the Indian Ocean, the Iteru (Nile) valley stretches south of the eighth parallel north, and as far as the Mediterranean. It crosses valleys starting in the Great Lakes region of central Africa, with the most distant source in southern Rwanda, flowing north from there through Tanzania, Nyanza ( Lake Victoria), Uganda, and southern Sudan. It gave birth to Abāy (the Blue Nile) at Lake Tana in Ethiopia and flows into Sudan from the southeast, uniting at Khartoum, the capital of Sudan. It swirls through the Chad regions of the Tibesti, and Ennedi; the Libyan oases, and the Suez isthmus, carving wide access to the Mediterranean.

Thus, open to east and west, south and north, the Iteru Corridor was a zone of privileged contact, not only between the African regions bordering it, but also with the more distant centers of the ancient civilization of the Arabian Peninsula, the Indian Ocean, and the Mediterranean world, West to East. It is on the banks of this mighty River born around 30 million years ago, driven by the motion of Earth’s mantle — the thick layer of rock between the Earth’s core and crust, that derives its importance and advantages from its geographical position at the north-eastern corner of the continent, that Africans created the great civilizations of Kemet (Egypt), and Ta-Seti (Nubia).

THIS IS THE STORY OF THE CIVILIZATIONS ALONG THIS 4,180 MILES CORRIDOR