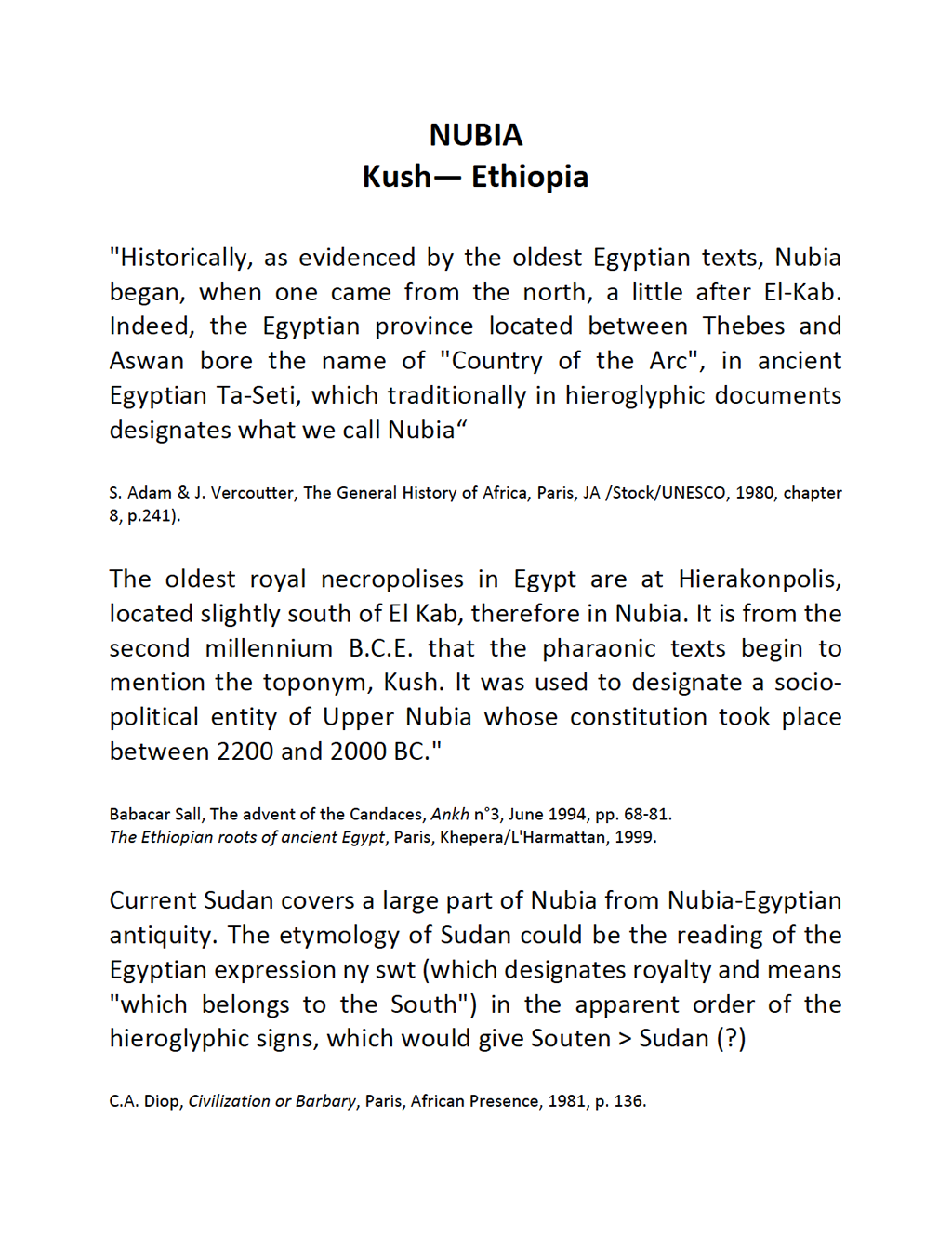 The oldest royal necropolises in Egypt are at Hierakonpolis, located slightly south of El Kab, therefore in Nubia. It is from the second millennium B.C.E. that the pharaonic texts begin to mention the toponym, Kush. It was used to designate a socio-political entity of Upper Nubia whose constitution took place between 2200 and 2000 BC.”

Current Sudan covers a large part of Nubia from Nubia-Egyptian antiquity. The etymology of Sudan could be the reading of the Egyptian expression ny swt (which designates royalty and means “which belongs to the South”) in the apparent order of the hieroglyphic signs, which would give Souten > Sudan (?)