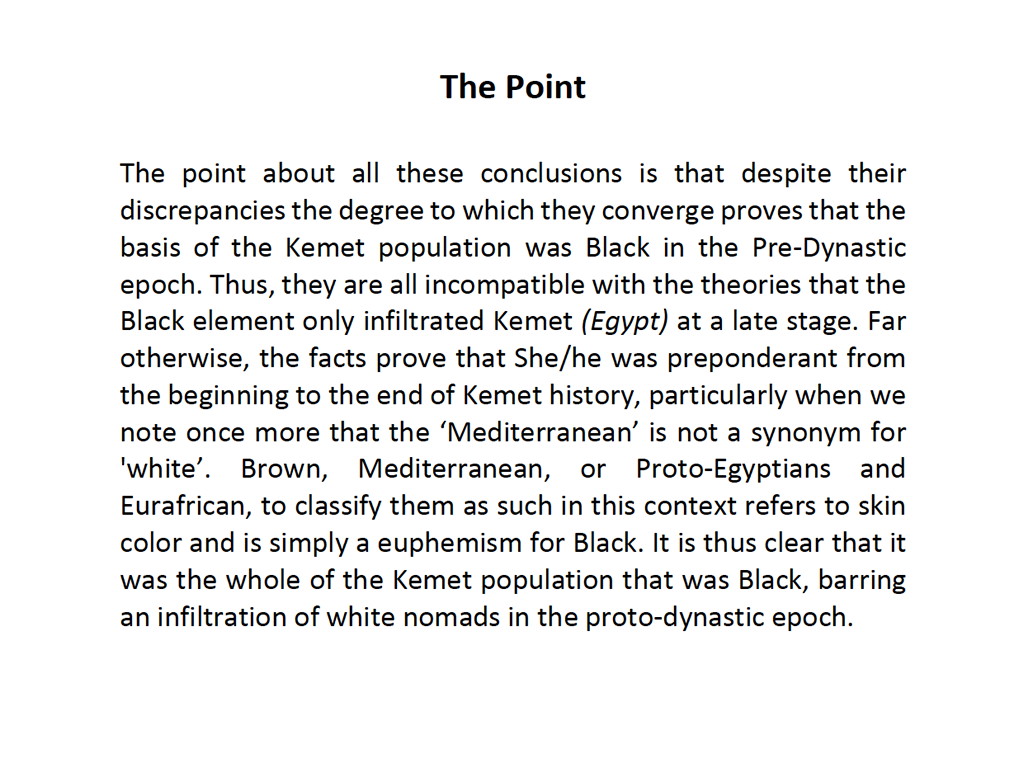 The point about all these conclusions is that despite their discrepancies the degree to which they converge proves that the basis of the Kemet population was Black in the Pre-Dynastic epoch. Thus, they are all incompatible with the theories that the Black element only infiltrated Kemet (Egypt) at a late stage. Far otherwise, the facts prove that She/he was preponderant from the beginning to the end of Kemet history, particularly when we note once more that the ‘Mediterranean’ is not a synonym for ‘white’.

Brown, Mediterranean, or Proto-Egyptians and Eurafrican, to classify them as such in this context refers to skin color and is simply a euphemism for Black. It is thus clear that it was the whole of the Kemet population that was Black, barring an infiltration of white nomads in the proto-dynastic epoch.