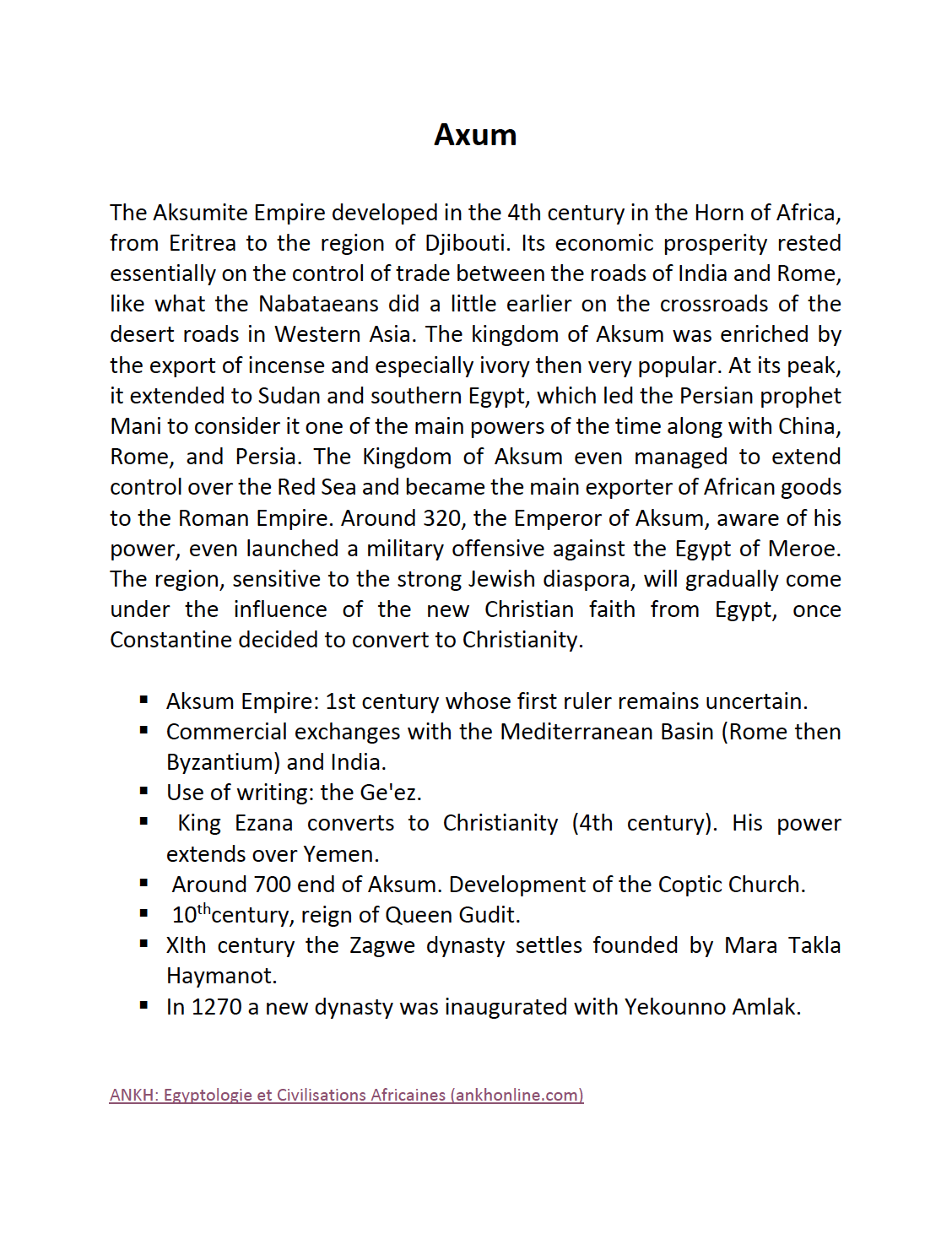 The Aksumite Empire developed in the 4th century in the Horn of Africa, from Eritrea to the region of Djibouti. Its economic prosperity rested essentially on the control of trade between the roads of India and Rome, like what the Nabataeans did a little earlier on the crossroads of the desert roads in Western Asia. The kingdom of Aksum was enriched by the export of incense and especially ivory then very popular. At its peak, it extended to Sudan and southern Egypt, which led the Persian prophet Mani to consider it one of the main powers of the time along with China, Rome, and Persia. The Kingdom of Aksum even managed to extend control over the Red Sea and became the main exporter of African goods to the Roman Empire. Around 320, the Emperor of Aksum, aware of his power, even launched a military offensive against the Egypt of Meroe. The region, sensitive to the strong Jewish diaspora, will gradually come under the influence of the new Christian faith from Egypt, once Constantine decided to convert to Christianity.

In 1270 a new dynasty was inaugurated with Yekounno Amlak.