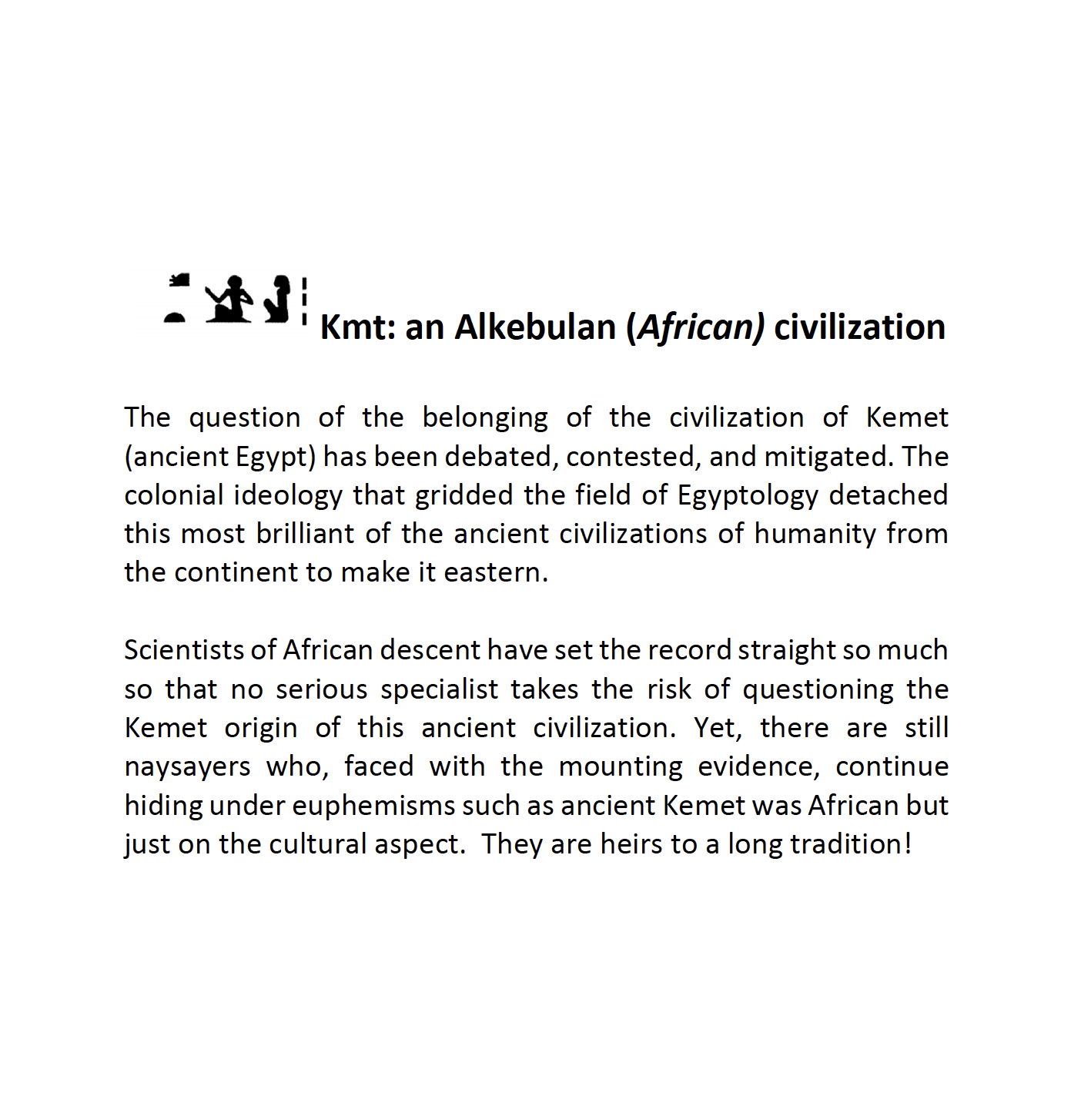 The question of the belonging of the civilization of Kemet (ancient Egypt) has been debated, contested, and mitigated. The colonial ideology that gridded the field of Egyptology detached this most brilliant of the ancient civilizations of humanity from the continent to make it eastern.

Scientists of African descent have set the record straight so much so that no serious specialist takes the risk of questioning the Kemet origin of this ancient civilization. Yet, there are still naysayers who, faced with the mounting evidence, continue hiding under euphemisms such as ancient Kemet was African but just on the cultural aspect.  They are heirs to a long tradition!