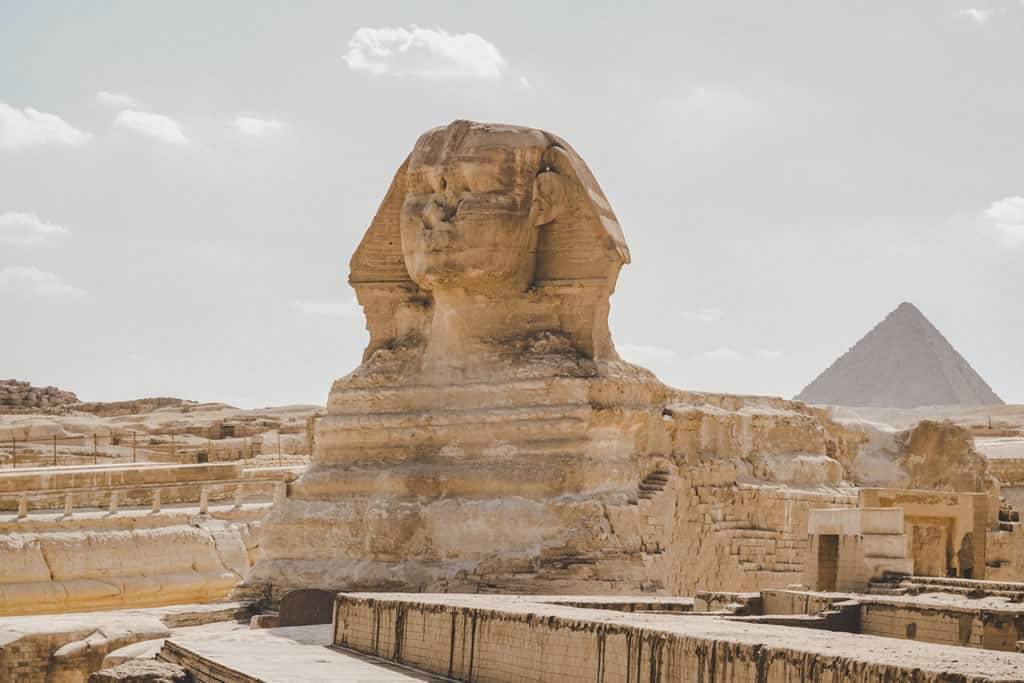 The largest and most famous of the sphinxes. Located on the Giza Plateau, next to the Great Pyramids of Giza on the west bank of the Nile, the Sphinx of Giza has intrigued Egyptologists and scholars for centuries.  Carved into the rock of the Giza Plateau, a single limestone ridge 73 meters long and 20 meters high, The Sphinx is considered one of the largest stone statues in the world. The Sphinx is believed to have been built in the 4th Dynasty by Pharaoh Khafre, but archaeological and geological research suggests that the Sphinx is much older than the 4th Dynasty.