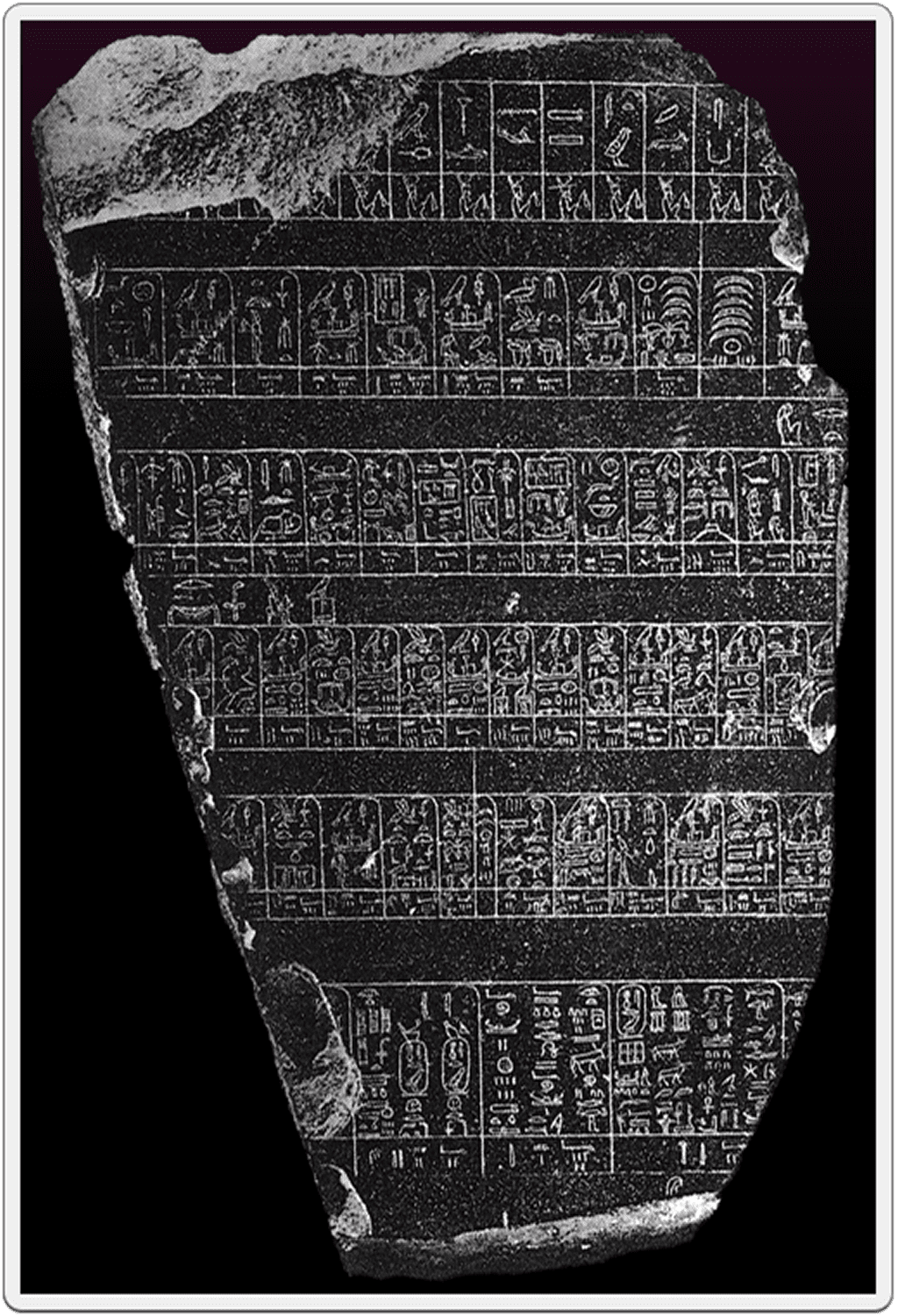 So-called because the largest fragment of the text is preserved in the museum of that (Sicilian city), the Palette of Narmer is a diorite slab carved on both faces, which preserves for us the names of all the Pharaohs who reigned in Egypt from the beginning to the fifth dynasty, around—2450. Starting with the third dynasty, the Palermo Stone lists not only the names of the sovereigns in the order of their succession but also, year by year, the most important events of each reign. These lists constitute veritable annals, and it is more regrettable that this incomparable document is broken and has thus come to us incomplete.