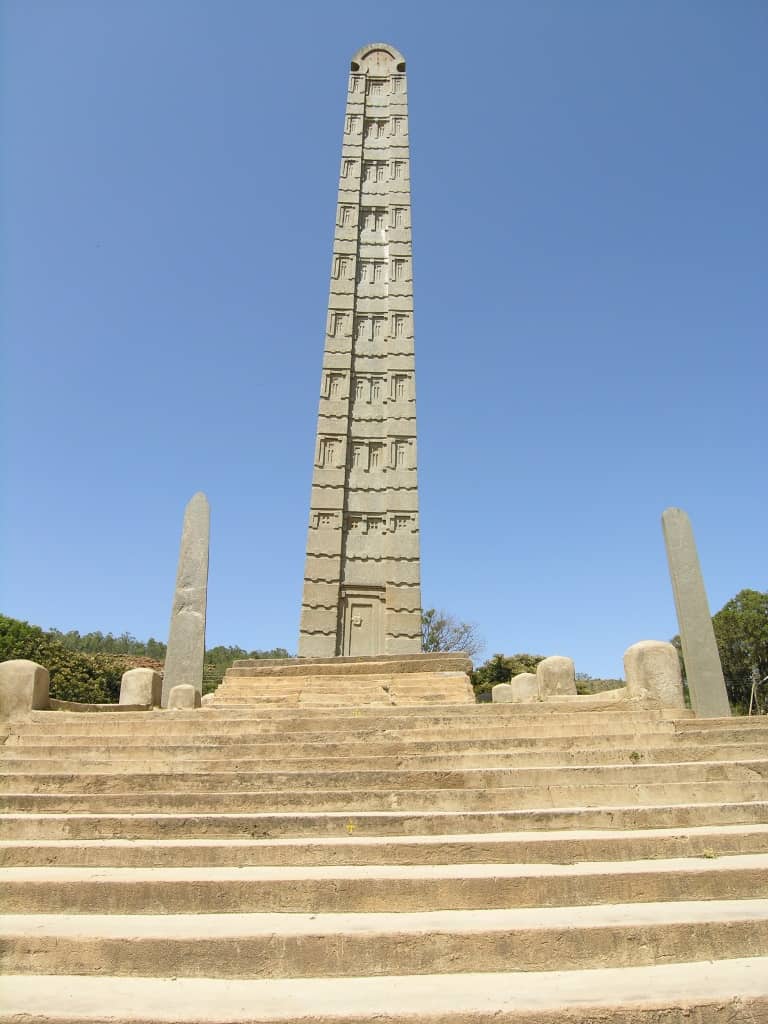 King Ezana’s hawilti (Stele) is the central obelisk still standing in the Northern Stelae Park in the ancient city of Axum, in modern-day Ethiopia.

This stele is probably the last erected one and the biggest of those remained unbroken. King Ezana’s Stele stands 70 feet (21 m) tall, smaller than the fallen 108-foot (33 m) Great Stele and the better-known 79-foot (24 m), so-called, Obelisk of Axum (reassembled and unveiled on September 4, 2008). At its base, it is decorated with a false door, and apertures resembling windows on all sides.

This hawilti (obelisk), was carved and erected in the 4th century A.D. by subjects of the Kingdom of Aksum, an ancient Ethiopian civilization. The function of these stelae is supposed to be that of “markers” for underground burial chambers.