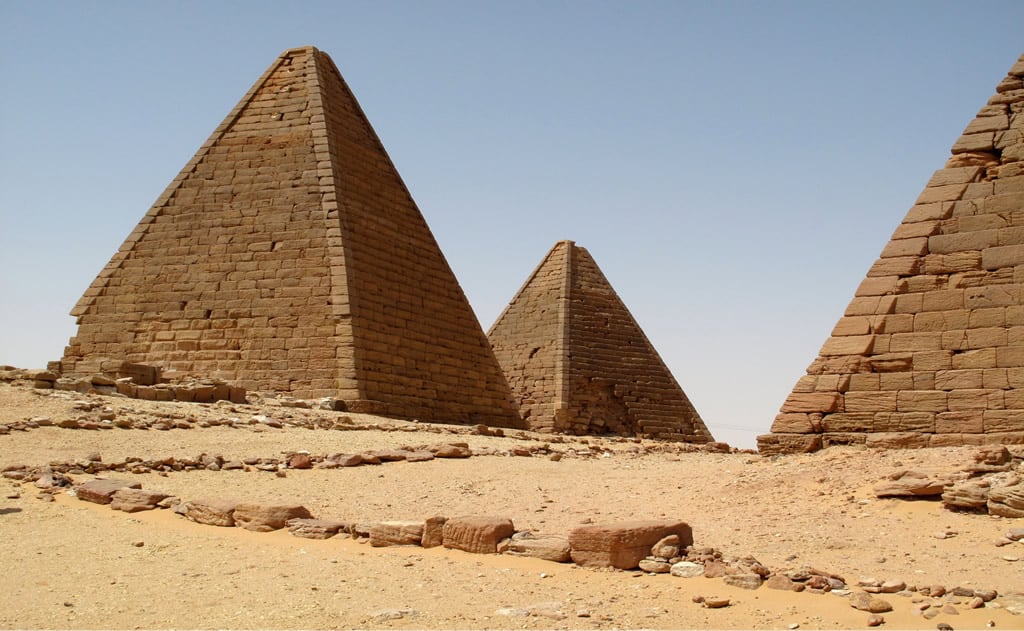 Gebel Barkal and the Sites of the Napatan Region comprise five archaeological sites on both sides of the Nile in an arid area considered part of Nubia. The sites (Gebel Barkal, Kurru, Nuri, Sanam, and Zuma) represent the Napatan (900 – 270 BC) and Meroitic (270 BC – 350 AD) cultures of the second kingdom of Kush. They exhibit an architectural tradition that shaped the political, religious, social, and artistic scene of the Middle and Northern Nile Valley for more than 2000 years (1500 BC- 6th Century AD).